Underwater battle playset featuring the Dragon of the East

Children can take a deep dive into the Dragon of the East legend with this LEGO® Monkie Child™ toy playset (80037). The set reimagines basic Dragon of the East tales as underwater adventures and includes a posable dragon with 2 spring-loaded shooters, a inexperienced Fireplace Ring, plus a removable toy submarine with 2 stud shooters. There are additionally 4 LEGO minifigures, together with a new-for-June-2022 Dragon of the East character, Monkie Child and Mr. Tang with diving equipment. Monkie Child’s stud-shooting, Golden Employees-shaped submarine and Savage’s manta ray underwater jet provides to the battle play potentialities.

Specification: Dragon of the East 80037 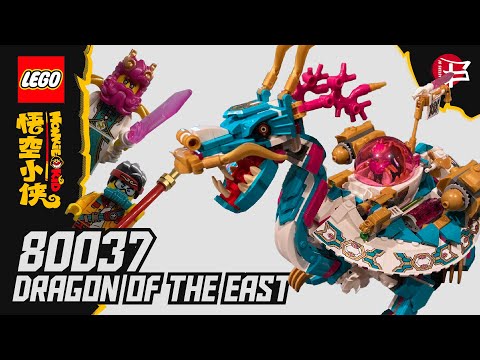