eBay
$75.15
Buy now!
Show all + Price history
×
Last Amazon price update was: September 30, 2022 3:20 pm
× Product prices and availability are accurate as of the date/time indicated and are subject to change. Any price and availability information displayed on Amazon.com (Amazon.in, Amazon.co.uk, Amazon.de, etc) at the time of purchase will apply to the purchase of this product.
Add to wishlistAdded to wishlistRemoved from wishlist 0
SKU: 76226
Last updated on September 30, 2022 3:20 pm

A hands-on treat for Spider-Man fans: an authentically detailed, fully jointed, build-play-and-display figure of their own!

Based on Spider-Man from the Marvel Universe, this fully jointed figure is just like the real thing. Using the web accessories included, kids can move and position their Spider-Man as they battle their way through endless exciting missions. When the day’s web-slinging action is over, the flexible figure looks great on display. The free LEGO Building Instructions app lets kids view, zoom and rotate the model as they build, giving them an amazing sense of immersion and interaction during the construction process. 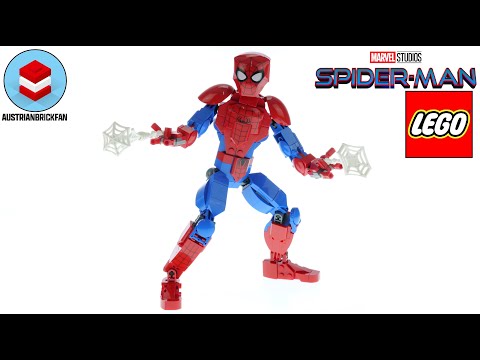 Be the first to review “Spider-Man Figure 76226” Cancel reply

Spider-Man at the Sanctum Workshop 76185